Healthy Buddha Team has put together storage tips to help you get the most out of your produce: 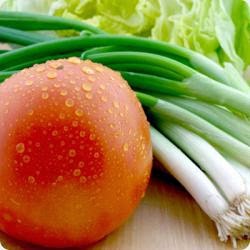 If you have any suggestions that might have worked well for you in the past, please feel free to post your
comment below or send us an email at contacthealthybuddha@gmail.com

I
Posted by healthybuddha at 19:28 No comments:

Where I grew up in Canada, tomatoes had A LOT of taste.  Other than in pasta sauces, we generally ate them uncooked.  Great big tomatoes were sliced and added to bread, with some sharp cheddar cheese.  Tomato salads were also common, with a bit of green onion, maybe, and some oil and vinegar with a dash of mustard.

Here in India, I’ve had mixed views about the tomatoes.  My first exposures were kind of watery, slightly flavourless. But then I found some organic ones.  Suddenly a tomato tasted and smelled like a tomato again, evoking memories of my childhood and later travels to the wilds of southern Europe: full-flavoured, and bursting with tomatoey-goodness. It didn’t need to be added to a gravy but could simply be eaten fresh, with a bit of salt.  Or….to a cold tomato soup.

In Pondicherry recently, on many restaurant menus, there seemed to be an offering of Gazpacho.  Now Gazpacho is a Spanish dish – not at all French, but perhaps because of the hot climate, this little French bastion had adopted it as its own. 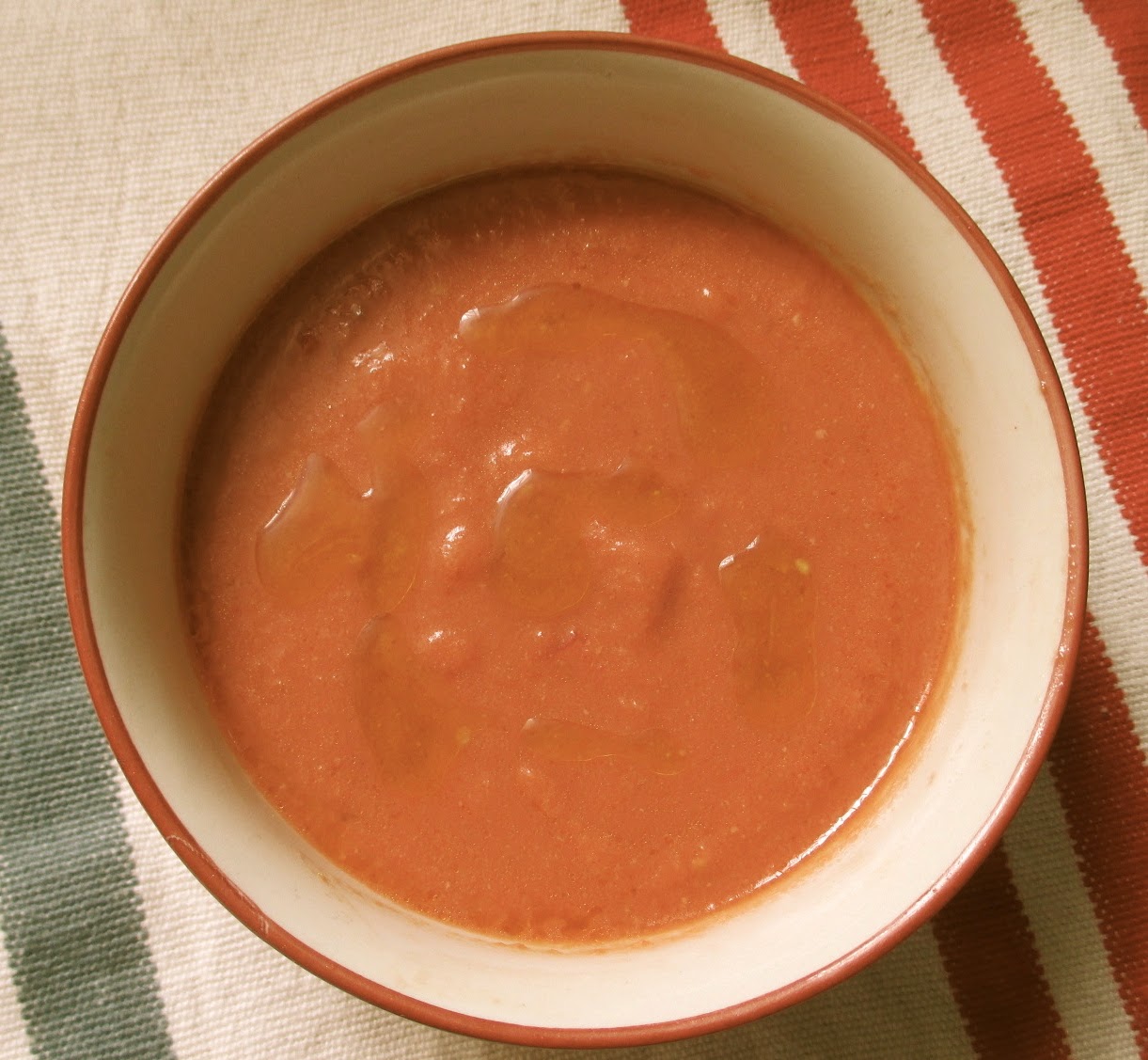 Only perhaps what they hadn’t realised was that they were serving wasn’t quite Gazpacho, it was the Andalucian Salmorejo, served across the mountains of Southern Spain.

A basic Gazpacho mixes fresh tomatoes, cucumber, onion, garlic and capsicum in a blender, with a bit of salt, olive oil and a dash of vinegar.  Its chilled and simply served like that.

But in my view, the Salmorejo is a far superior version, and one that transcends the seasons.  It’s richer, deeper in flavour, with a heady garlic flavour and more satisfying.  A neighbour in London taught me how to make it years ago. There are many versions, here is mine.

1.5 kilo of organic ripe tomatoes
1 organic onion
18 - 20 organic garlic cloves (if small garlic cloves use more, less if larger cloves – adjust according to taste)
1 baguette or white bread – about 150 grams. (If it’s very crusty, remove the crust,
but make sure you have at least this amount of bread – it may need more)
10 tablespoons of organic extra virgin olive oil
4-5 teaspoons vinegar – sherry vinegar, red wine, or balsamic
1.5 teaspoons sea salt, or to taste 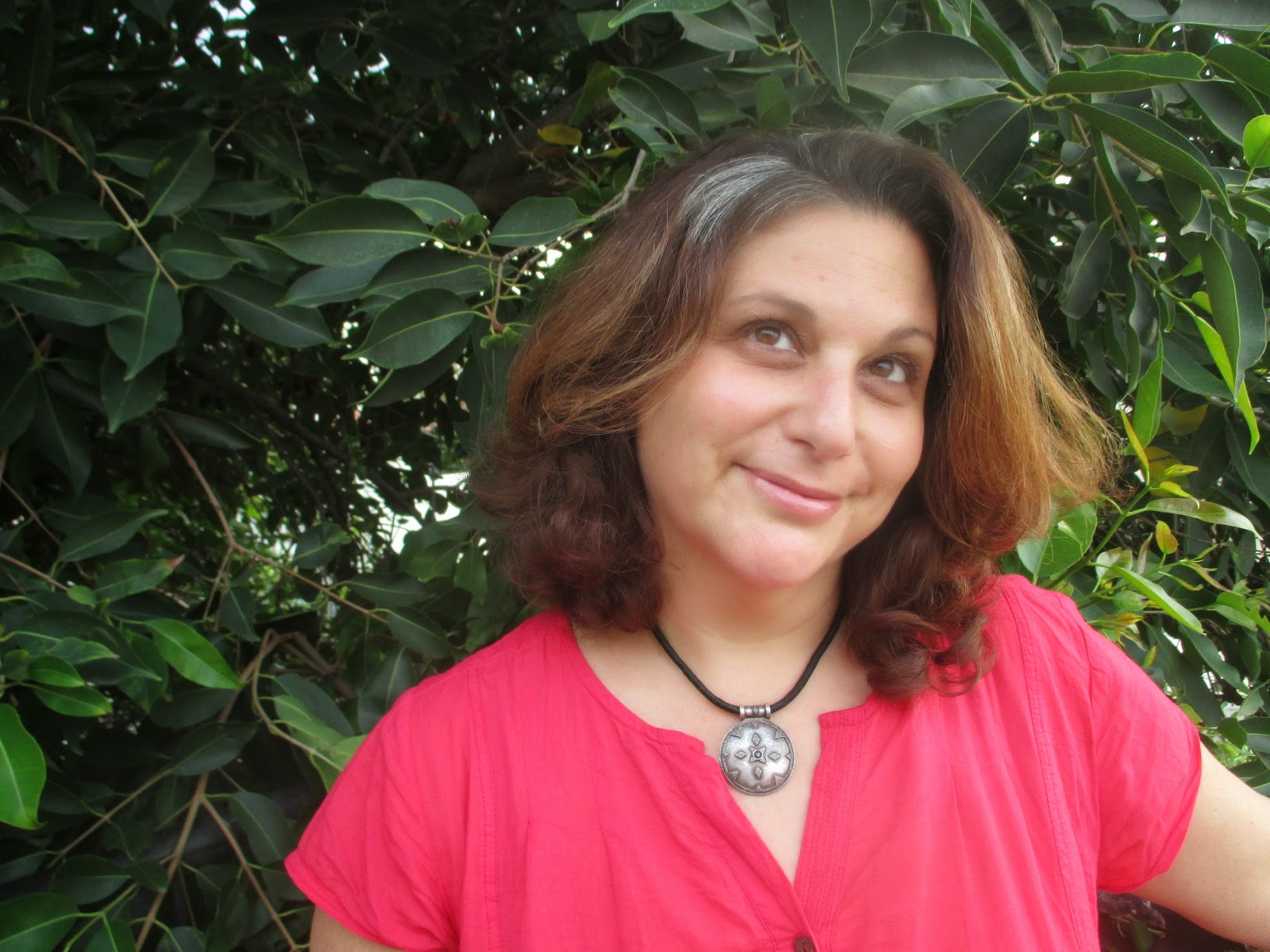 Deborah Doane is a Canadian, who is currently based in Bangalore and is volunteering with Fairtrade India, which helps farmers achieve sustainable living. Whenever she is not cooking or baking, she writes a bit. In this series she will focus on western & fusion recipes and her related experiences with organic food.

Posted by healthybuddha at 21:35 No comments:

Whenever I go to a restaurant and taste something I really like, I ask for the recipe, much to the embarrassment of my family.  Since I’ve been in India, over the past year, this is a common occurrence – from a particularly good paneer dish I had near Shimla, to an outstanding fish in banana leaf from Kochi.  As I don’t speak any of the local languages, the results can be open to interpretation. 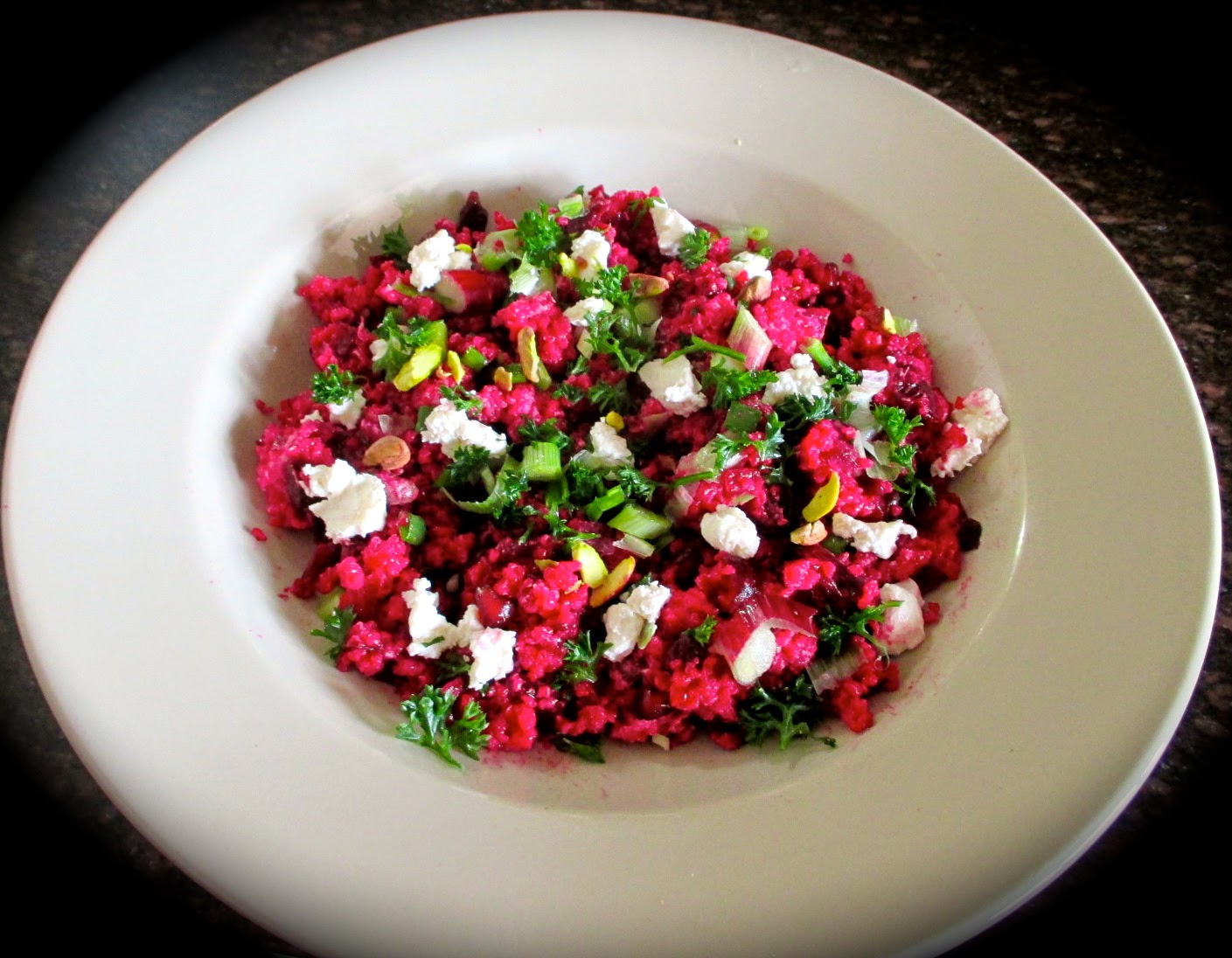 On a trip to Istanbul last year, I tasted the most divine beetroot salad, served as an accompaniment to roasted organic salmon. It was a stunning bright pink colour, with nutty grains and bursts of pomegranate. So true to form, I asked for the recipe. The waiter went and asked the chef, who kindly penned a version for me in broken English onto the back of a napkin. I’ve since made it countless times, especially for large groups, and the salad is never short of praise. The original recipe had pomegranate molasses in the dressing, which you can make, but I’ve simplified this using readily available lemons.

Ingredients for a large size salad (serves at least 8): As with any salad, measurements are guidelines only.

Most of these ingredients are available at Healthy Buddha.  For the feta cheese, there are a couple of good local organic brands available in Bangalore. I’m partial to Auroville organic feta myself.

1.     Cook beetroot. If you have an oven, I recommend roasting it whole, just washed and scrubbed, with a bit of olive oil, a pinch of salt and wrapped tightly in tinfoil.  Depending on the size of your beetroot, this should take an hour to 90 min. at 200c.  Let it cool, and peel when ready to use. If you don’t have an oven, you can simply peel and boil your beetroot.
2.     Soak wheat dalia for about 15 minutes and boil for 3-4 minutes, or until just cooked, but not mushy.  Let cool completely.
3.     Mix dressing – the ratio is 1/3 lemon juice to 2/3 olive oil, though you can add more lemon if you prefer a more sour taste. Season with salt to taste.
4.     Assembling your salad.  Finely chop or grate beetroot, and stir it into the wheat.  Make sure both your wheat and beetroot are fully cool to get a gorgeous dark pink colour.  Add the crumbled feta, pomegranate seeds, pistachio nuts and green onion and then pour over the dressing.  Garnish with a bit of chopped coriander and chopped parsley.

Deborah Doane is a Canadian, who is currently based in Bangalore and is volunteering with Fairtrade India, which helps farmers achieve sustainable living. Whenever she is not cooking or baking, she writes a bit. In this series she will focus on western & fusion recipes and her related experiences with organic food. 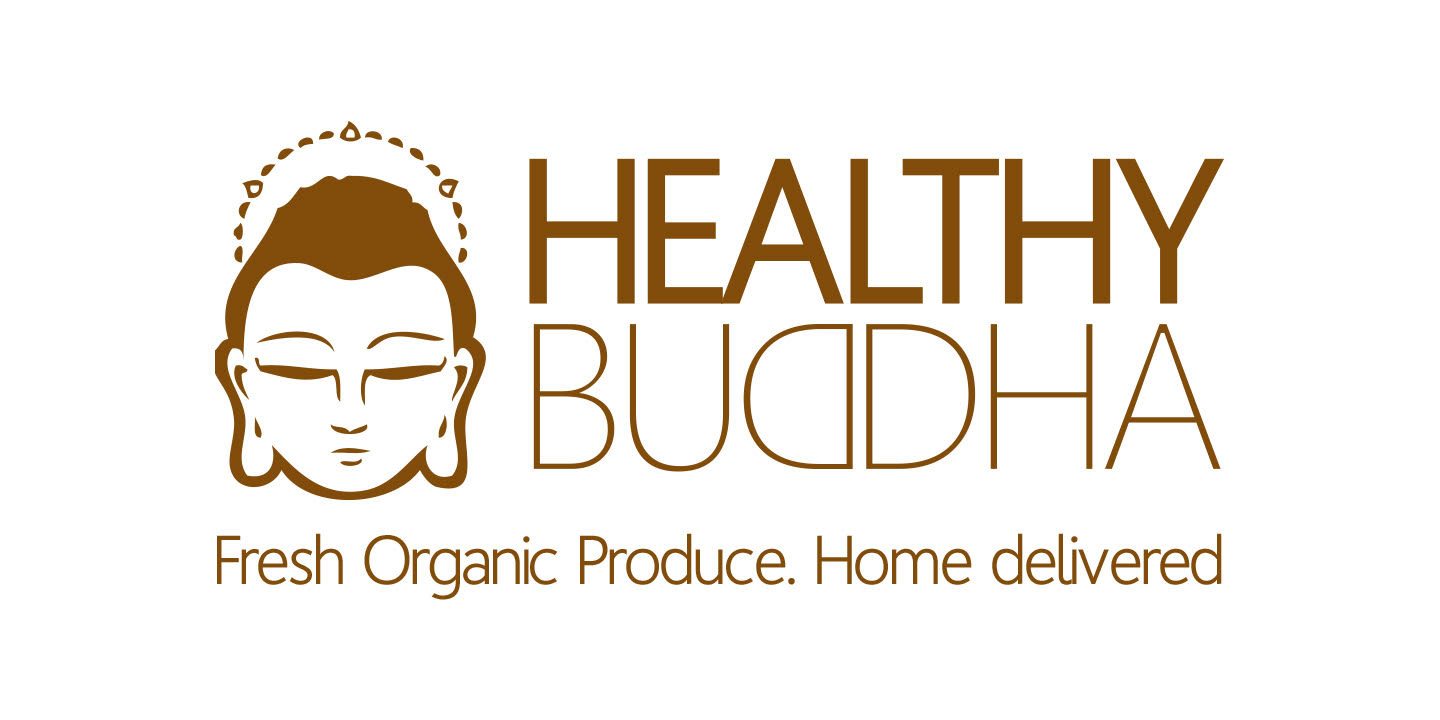 If you are passionate about organic, healthy stuffs, & writing, you are welcome to write for us. Reach out to contact@healthybuddha.in